TAMPA, Fla. (May 1, 2021) – IRONMAN is pleased to announce that athletes Natascha Badmann and Carlos Moleda will be inducted into the IRONMAN® Hall of Fame this year. A ceremony is planned for race week of the 2021 Supersapiens IRONMAN World Championship®, in Kailua-Kona, Hawai`i.

“We have the great honor of being able to induct two athletes into our Hall of Fame that embody multiple levels of what IRONMAN can mean and represent. From excelling at the highest levels with numerous IRONMAN World Championships in their respective divisions, to ambassadors who carried the sport forward, opening doors along the way, Natascha and Carlos have meant a great deal not only to the IRONMAN community, but the entirety of triathlon,” said Andrew Messick, President & Chief Executive Officer for The IRONMAN Group. “Through their accomplishments, Natascha and Carlos have left an indelible mark on the sport and represent the best of what IRONMAN can be for those who dare to reach a start line, redefining what is possible. Our congratulations to these two incredibly deserving individuals, and our thanks to them for being great stewards of triathlon.”

Founded in 1993, the IRONMAN Hall of Fame was created to honor individuals who have made outstanding contributions to the growth of the world’s most famous triathlon race series. Badmann and Moleda join a prestigious list of remarkable individuals honored for what they have given to the sport of triathlon and IRONMAN both inside and outside of competition.

Athletes Natascha Badmann and Carlos Moleda react to their selections

Natascha Badmann:
“Thank you! This is very touching and brings back fantastic memories of my races during my whole career,” said Badmann. “One of my goals was to be a role model. Of course, I was the first European to win the IRONMAN in Hawai`i, but I also wanted to be a role model for the next generation and to show that IRONMAN is not only something to suffer, and something brutal and hard, it is also joy. It can bring you a healthy lifestyle, and to always show the good aspect of the race. This is what I love about the sport. It was not just going to do a race it was my whole lifestyle. It was what I lived for and loved.

“Thank you very much this is quite an impressive time right now. With all the Covid and not racing going on so it is an absolute honor to be invited to this. I really appreciate it.”

Carlos Moleda:
“This is incredible because you have no idea how much IRONMAN has been a part of my life,” said Moleda. “Really my sporting career didn’t start until I went to Hawai`i, and met David Bailey. It started that competition between us and from there it took the sport of paratriathlon to different level. It really showed people that when we are out there with the other athletes, the professionals, we are not disabled – we are just like everybody else. That is the gift that IRONMAN has given me and a lot of challenged athletes that have been there and experienced that. Thank you so much! This is incredible.”

For more information about the IRONMAN Hall of Fame and its members, visit www.ironman.com/hof.

For more information on the IRONMAN brand and global event series, visit www.ironman.com. Media-related inquiries should be directed to press@ironman.com.

About The IRONMAN Group
The IRONMAN Group operates a global portfolio of events that includes the IRONMAN® Triathlon Series, the IRONMAN® 70.3® Triathlon Series, the IRONMAN® Virtual Racing™ (VR™) Series, 5150™ Triathlon Series, the Rock ‘n’ Roll® Running Series, the Rock ‘n’ Roll Virtual Running™ Series, IRONKIDS®, World Triathlon Championship Series, premier running events including the Standard Chartered Singapore Marathon™ and The Sun-Herald City2Surf®, Ultra-Trail® World Tour events including Tarawera Ultra and Ultra-Trail Australia™, mountain bike races including the Absa Cape Epic®, road cycling events, and other multisport races. The IRONMAN Group is the largest operator of mass participation sports in the world and provides more than a million participants annually the benefits of endurance sports through the company’s vast offerings. Since the inception of the iconic IRONMAN® brand and its first event in 1978, athletes have proven that ANYTHING IS POSSIBLE® by crossing finish lines around the world. Beginning as a single race, The IRONMAN Group has grown to become a global sensation with hundreds of events across 55+ countries. The IRONMAN Group is owned by Advance, a private, family-owned business. For more information, visit www.ironman.com.

About Advance
Advance is a private, family-held business that owns and invests in companies across media, entertainment, technology, communications, education and other promising growth sectors. Our mission is to build the value of our companies over the long-term by fostering growth and innovation. Advance’s portfolio includes Condé Nast, Advance Local, Stage Entertainment, The IRONMAN Group, American City Business Journals, Leaders Group, Turnitin, 1010data and Pop. Together these operating companies employ more than 17,000 people in 29 countries. Advance is also among the largest shareholders in Charter Communications, Discovery and Reddit. For more information visit www.advance.com. 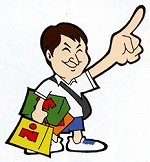